At the end of every year we review the achievements and put new goals, as well as joyfully celebrate the end of yet another year. This New Year party was not an exception, but it was exceptionally ceremonial.

In Sibers context, the awards were given to programmers, of course, which by itself is not quite a regular event. In order to receive the awards in an appropriate manner, the participants, nominees and the audience were to dress according to black tie standards. Everybody received an official invitation with this notice, to visit the ceremony of White Metal Rabbit Awards presentation. 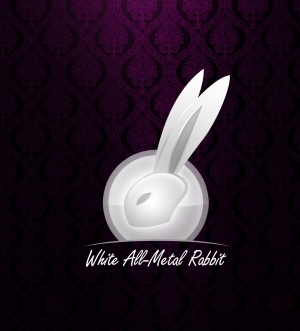 In advance, there was a big and tricky survey organized among the Sibersers, which helped to define the nominees in quite unexpected categories. The intrigue was that the categories themselves and the names of nominees were kept secret till the moment of their calling. And the company experts, who were asked to call the categories and the names on the stage, also made a contribution to the intrigue. Our elegant master and mistress of the ceremony helped them a bit by preparing funny speeches for them, which added joy and surprise. 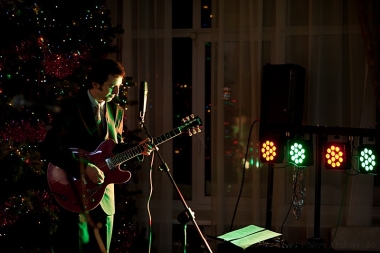 Except for giving the awards, which was funny enough, we had live music played by our talented musicians (Artem Grinevich, Eugene Odnoval and Alexander Gorbunov), some vocal compositions performed by our beautiful Customer Care managers, and the culmination of the party was ABBA’s Happy New Year song rewritten for Sibers realia. Another bright culmination point was singing a cult Russian song about hares, which was done collectively under the inspiration of the moment.

The hall, where the celebration took place, was decorated with pictures of Sibersers hugging Hollywood stars; Yuriy Bannov made cocktails masterfully, and there was one notably anti-glamour personage, though dressed in her best dress-code habits, Granny Serafima. Sibersers enjoyed themselves, had their photos taken with the Sibers logo in the background, danced a lot and happily saw off the difficult, but still dynamic and positive year of the Tiger and welcomed the year of the Rabbit (or Cat, if you like). Chinese calendar is very popular here, you see.