You Asked, We Answered: Testing, Debugging, and What on Earth Does “Best Practices” Really Mean?

Not all customers fully understand what “development” stands for, and even fewer know what testing comprises. And when it comes to code… well, let’s just say that rare is the client who can say what’s required for a developer’s code to be testable.

Developer and tester. Two different professions, two different roles on the team, yet working closely together. So how can a developer make the tester’s job easier? And what does it mean to code according to “best practices”?

— Valery, what does testing mean from your (a developer’s) point of view? How do you make your code more “testable”?

With these terms defined, let’s look closer at both. Unit tests, as evidenced by their name, are meant for testing individual “units” of software, like classes and libraries. Unit tests demand that a code have as few dependencies as possible in order to be successful. This allows us to eliminate single units for separate testing. For example, if the source code for a class method is connected to a database, we’d say this code is “highly dependent” because it can’t be tested with the database attached. In order to render the code testable, we’d need to extract the database connection to a separate object. When we replace the connection with a “mock object”, we can easily test the class method’s performance.

Another example is testing the behavior of an “event listener” (design pattern: observer). Two separate mechanisms exist — one for creating events, one for creating subscribers. This separation makes the code more testable.

On our PHP team, unit testing is performed within a PHPUnit framework. Here’s a coding example:

Now let’s discuss functional tests, which are used to test an entire system’s functionality. Functional tests are executed from “outside” the software, meaning that the tester doesn’t know the application’s internal structure. For this reason, functional testing is also known as “black‐box testing”. Whichever name you prefer, these tests allow for the end‐user’s behavior, or the processing of external API calls, to be imitated.

For example, let’s pretend we’re creating test cases and executing them during the functional testing of software that works with an API. According to our requirements, working with an API is only allowed in the presence of a valid key — so our test will imitate an API request using an invalid key, and confirm whether the API correctly returns an error message. 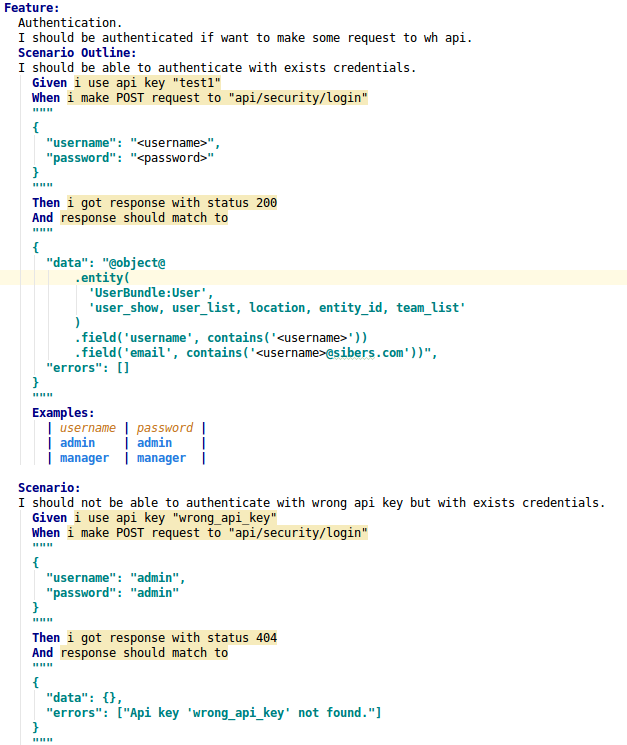 The example above is written in Gherkin, a domain‐specific language (DSL) that lets you describe programming tasks in terms of business requirements. The tests themselves are performed within a Behat framework for PHP, which is intended for functional testing.

— How is debugging approached?

Here’s a screenshot showing part of the debugging process: 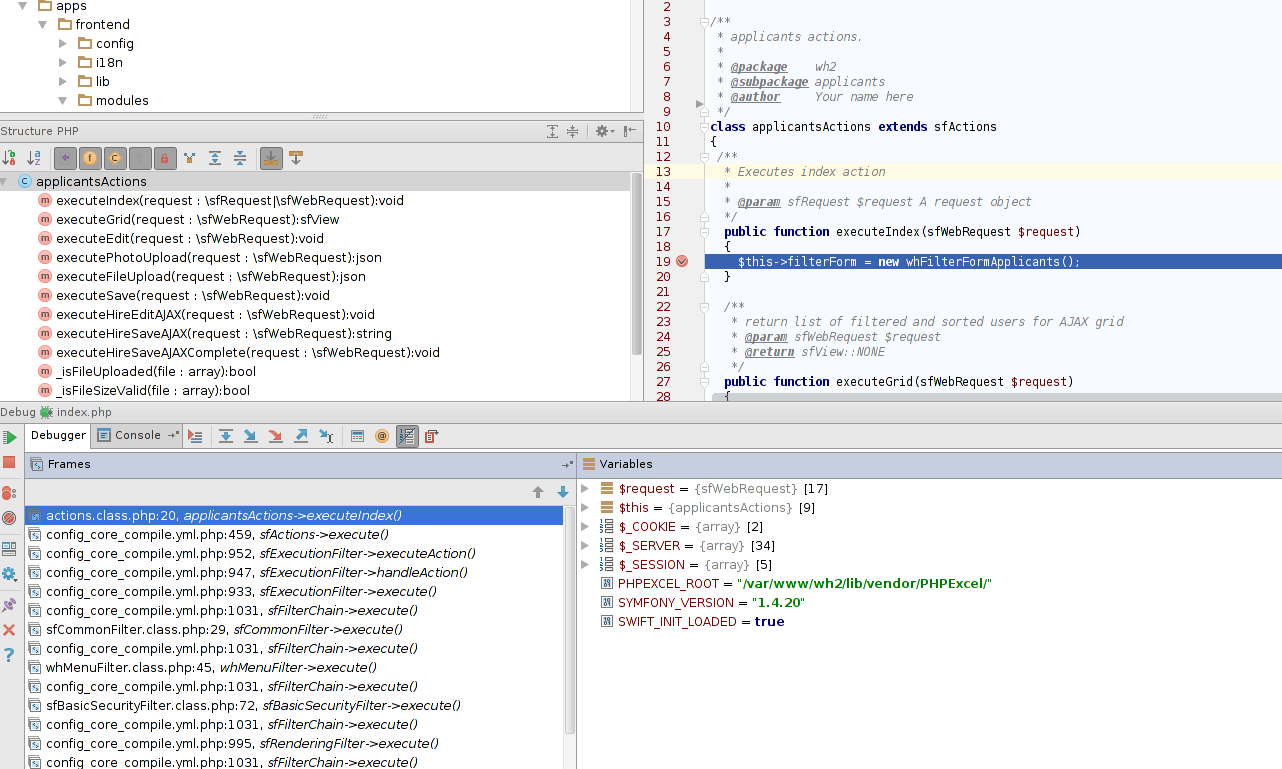 — What do you consider “best practices”? How do you decide whether to follow them or not?

In the development process, the concept of “best practices” includes programming‐related practices and management‐related/organizational ones. Both types are invaluable in any technology.

With this distinction in mind, “organizational best practices” include:

When considering whether you should follow/not follow certain guidelines, let’s use database design as an example. When designing a relational database, you’re supposed to follow the principles of database normalization. However, in some cases the most “correctly” built database works slowly — and in order to optimize the work speed, you have to break some standard database rules. For example, you might store calculated data instead of calculating it on request.

We hope this blog has adequately converted our nonsensical, tech‐speak gibberish into easily‐understandable English that explains some of the terms used by our developers. Now, what other development terms and processes have you always wanted to know about but been afraid to ask? Contact us today and we’ll happily clue you in!