While Russian power grows with Siberia, as our famous scientist Michael Lomonosov said, Sibers’ power grows with our Bishkek office, which was opened a year ago. It was quite a fruitful year, and Sibers’ top management represented by Yuriy Bannov and Alex Shpak visited this mountainous land to celebrate the event.

Sibers delegation arrived in Bishkek soon after the Kyrgyz revolution and was satisfied to notice that the riots did not affect our office business processes. The results of them were reviewed in a warm and comfortable, hospitable atmosphere. Bishkek guys were curious to learn first-hand Sibers’ favorite practices and traditions as well as the reasons for opening such a distant from Akademgorodok office and our expectations. Meeting included visiting some cafes and restaurants, and as a result the office museum got its first exhibit, a chair. (Sibers offices have a collection of artifacts that are very dear to our hearts due to different circumstances.) 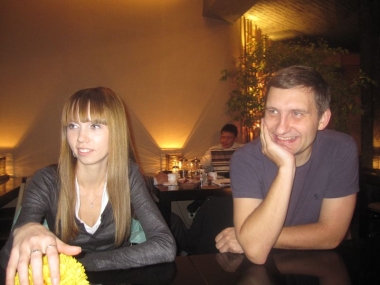 Of course, going to a mountainous land cannot go without a trip to the mountains. Bishkek is a very picturesque place famous for its nature treasures. The destination chosen was a ski base Oruu-Sie, located 37km away from the city at the level of 2100m above the sea level. The city, especially with its night illumination, looks just awesome from there!

Having treated themselves to large amounts of pilav and barbeque, taken a lot of nice pictures and visited a sauna with beer, everybody was delighted to realize that Sibers traditions of celebration were imported to Bishkek quite safely and without malfunctions. Our executives were also glad to congratulate our Bishkek colleagues with good progress, which is supported by high grades on Elance, positive balance and numerous praises from our customers. 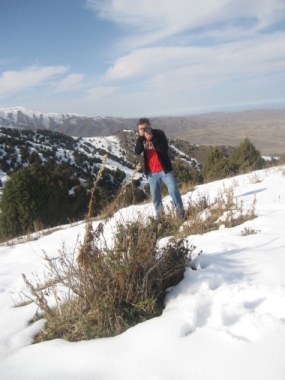 A good start is worth such efforts.