In the picture: Director of Development Alexey Shpack launches the Holy Cow in front of the cheering and a bit drunk co-workers holding an old banner of Key-Soft, which was hard to find this year. Click to view the full picture. 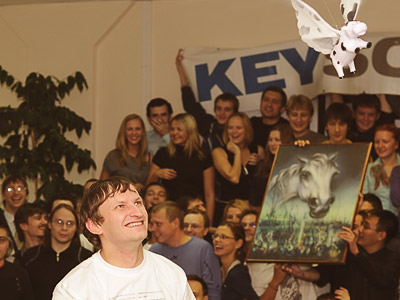